How to imitate the clever woman: The Imitation Game and Hollywood’s Reluctance to Allow Women A Mind 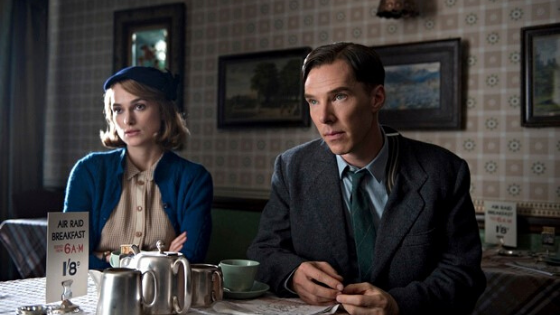 The Imitation Game follows mathematician Alan Turing as he designs a machine that interprets messages sent between the Germans and solves the Enigma Code. The film also pinpoints a time when society’s attitudes to women and homosexuality remained brutally regressive, but were beginning to shift. Has Hollywood’s attitudes towards representing women remained similarly in the past?

It is no secret that the roles for women in Hollywood film are limited. In action films, their bodies are hypersexualised to distract from their lack of substance and only function to reward a male hero. Meanwhile comedy is still dominated by white, heterosexual men who routinely mock and ridicule women characters for being nagging, neurotic or pathetic.

There are definitely some interesting roles for women out there. Over the past few years, Hollywood has given us interesting women astronauts (Interstellar); trans women  (Dallas Buyers’ Club); women superheroes (Avengers Assemble); and women leaders of peace organisations (Guardians of the Galaxy).

Unfortunately, not one of these characters is the lead. With the exception of Gravity (2013), every one of these characters accompanies a male lead. Only 12% of protagonists of 2014’s top-grossing films were women. And these women are rarely allowed to show their true intelligence, reduced to emotional crutches for the male protagonist to lean on. 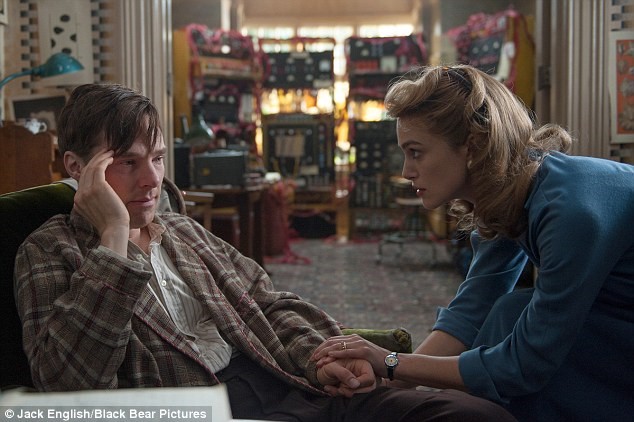 A One Woman Show?

The Imitation Game (2014), starring Keira Knightly alongside Benedict Cumberbatch, directly reflects this trend of limiting women’s roles within its narrative.

Knightly’s character, Joan Clarke, is not given enough credit for her contribution to breaking the Enigma code during the Second World War. In fact, women are rarely seen or heard during the majority of the film. Herein lies a serious flaw, as women’s work during the Second World War of intercepting and interpreting messages was both remarkable and crucial to helping to win. Joan isn’t even introduced until 30 minutes into the film. The only woman to speak before this is Maj. Gen. Stewart Menzies’ (Mark Strong) secretary who is dismissed abruptly. Of the dozens of women (briefly) shown interpreting messages, only one of them is given a speaking role.

The film constantly undermines Joan’s intelligence too. Her contribution to breaking Enigma is briefly touched upon and when her intelligence is given screen-time it is rapidly stolen by male characters. In one scene Joan explains a crucial theory that she has to Alan but within seconds she is interrupted by Hugh (Matthew Goode) who has something more important to say. He is praised for his thought, while Joan is not.

The Imitation Game, very rarely – arguably never – sexualises Knightly. Joan is not sexualised by wearing provocative clothing, make-up, or through use of the camera fetishizing singular parts of her body. Also, unusually for a leading woman, she never suggests any romantic feelings towards Alan, even despite their engagement. In fact, she doesn’t care when he confesses his sexuality to her.

This breaks the mould of typical Hollywood cinema treatment of young women. In Laura Mulvey’s essay ‘Visual Pleasure and Narrative Cinema’ (1975), she highlights how women’s bodies are surveyed by the camera for the pleasure of a heterosexual, male gaze. Often cameras pan across or down a woman’s body in order to imitate how she appears to the male protagonist, providing a scopophilic pleasure by fetishizing parts of the woman’s figure. This technique is routinely used to position women as sexual objects.

On the one hand, because her sexuality isn’t the focus, Joan’s personality is allowed to shine with charm.

However, on the other hand, Joan’s portrayal fits Hollywood’s ideal of the ‘mother’ role: not intended to become a sexual partner, yet crucial in the emotional development of the male lead. The main form of intelligence which the film designates Joan is emotional aptitude. She often becomes both a crutch and a teacher for Alan. Joan is to Alan’s story what Aunt May is to Spiderman’s. The audience are highly fond of her, but know that she is not there to be looked at sexually.

With fantastic performances from Cumberbatch, Knightly, Goode and Strong, The Imitation Game is highly enjoyable and, in many aspects, unconventional. Importantly, it directly addresses guilt of British society’s inhumane treatment towards homosexuality in a highly sensitive and delicate manner.

There is some argument to suggest that Knightly’s portrayal of Joan gives Hollywood cinema an unusual edge on women as protagonists, as she’s highly intelligent and she is not gazed upon sexually. It also successfully criticises the treatment of women by men during the war, by referencing that men’s expectations of women were horrendously and unjustifiably low.

However, the film does not go far enough in challenging these low expectations, as Joan is always portrayed as second-best and supporting to other men in the team.

It is sad that roles for women in mainstream film are still so constrained by the perceived necessity for male leads. Perhaps if Hollywood adapted the stories of Mary Curie, Victoria Woodhull or Anne Frank, it could start to make a legitimate contribution to recognising that women’s history, present and future is just as important as men’s.