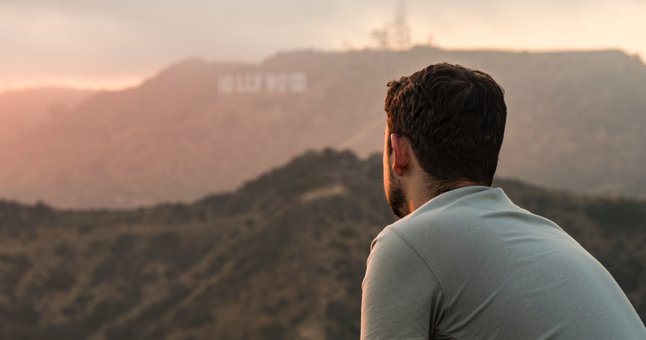 In the run-up to International Men’s Day, where men are encouraged to come forth and discuss their gender, relationship dynamics, and talk about what it means to be a man in 2018, looking backward — and forward — at what masculinity means in Hollywood is a useful exercise. The past is littered with examples of how not to behave: Steve McQueen slapping his (real) wife Ali Macgraw in The Getaway, or Han Solo’s casual sexual harassment of Princess Leia in Star Wars.

The traditional movie hero – particularly the one that many of our grandfathers or fathers will have admired – has a very particular brand of masculinity, even machismo. From James Bond to this year’s Deadpool 2, where women characters are casually killed off to advance the story, women are too often collateral damage for these men to advance their own stories. ‘Toxic’ male protagonists are often aggressive, violent, and/or sexually predatory. They may be dressed up in a nice suit or carrying a cool gadget, but a la Connery in Goldfinger, it dismisses women as lesser beings and slaps them on the ass as they leave the room.

It’s true that many of the buzzwords and phrases that fly around the internet and colour cultural commentary can be off-putting to casual readers. ‘Toxic masculinity’ is probably one of those phrases: picking up on its exact meaning is unique to each person. But to define it in a cinematic sense, you might say that it’s: decorative female leads treated with casual disdain; ‘romantic stalking’; the idea that ‘might is right’ and dominance or aggression must win the day; that men can womanise, act terribly, and be thought of as ‘antiheroes’, while female characters would be detested for the same behaviour.

Beyond onscreen representation, toxic masculinity is also rampant in the structure and edifice of Hollywood itself; women are still regularly treated as sex object and  paid less than men. Coming forward with their stories of sexual assault and exploitation by powerful, megalomaniacal men like Harvey Weinstein has proven difficult until the recent wellspring of #MeToo and #TimesUp over the past twelve months. But along with those movements, there have been some onscreen shifts. Aside from the vital calls for gender parity in female directors and in encouraging telling women’s stories, the portrayal of men and what a male hero should be is also changing.

The truth is, there are some increasingly complex portrayals of heroic men in Hollywood these days. Take the entire career of Dwayne ‘The Rock’ Johnson, in which he has rarely – if ever – been a perpetrator of sexist or stupidly macho behaviour, unless he’s playing an out-and-out villain. The reason I use him as an example is because, on the face of it, that might seem unlikely. Johnson is an A-list ex-pro wrestler whose enormous size and toughness are used in much the same way that Arnold Schwarzenegger’s once were, and his starring roles as a brawny action hero of films like The Fast and the Furious franchise would seem to lend themselves to the label of ‘toxic masculinity’. Yet Johnson is self-deprecating, kind and unthreatening — while never sacrificing his traditional ‘manliness’ onscreen.

In some recent comedies, things have also been looking up. Take Will Ferrell and Mark Wahlberg in silly family comedy Daddy’s Home, where two men childishly compete with each other for the affections of their kids and wife (ex, in the case of Wahlberg) only to take on cheerful co-parenting duties where the family gets to keep both fathers in their lives.

When the Marvel Universe comes into the discussion, it’s worth saying that it’s a surprisingly fair-minded franchise. But MCU male superheroes still far outnumber female ones, and Tony Stark (Robert Downey Jr) is allowed to be far more obnoxious than any woman Avenger would dare to be, for fear of losing the audience. Maybe with the upcoming release of next year’s Captain Marvel, starring Brie Larson, this gender imbalance will begin to shift.

But there have been paradigm-shifting superheroes too, like the hangdog everyman Paul Rudd in his role as the comical Ant-Man. In this year’s sequel Ant-Man and the Wasp, he continues in the vein of the harmless and funny hero who uses his power to shrink himself and outwit the enemy. He hasn’t got super-strength or magical abilities, but he’s a man whos willing to – literally – reduce himself to get what he wants. No wonder he seems humble!

When it comes to toxic masculinity on our screens this year, smash-hit Black Panther offered a complete antidote. Chadwick Boseman’s character T’Challa comes from Wakanda, a highly-advanced matriarchal society where its warriors are women. Lupita Nyong’o, Angela Bassett, and Letitia Wright play T’Challa’s love interest, mother, and sister respectively, and yet each of them are fully fleshed-out personalities who never exist solely to prop up their leading man. They are warriors, tech geniuses, and wise queens, with a fierce sense of honour.  T’Challa is shown to be deeply respectful of women, leaning on them for partnership, advice, and friendship with an attitude of total equality. Revolutionary on both race and gender fronts, Black Panther is an excellent example of the way forward in terms of mainstream success and progressive ideas of manhood.

Nonetheless, retrograde ideas about violence and male strength are still omnipresent in most of the aforementioned films, and it will take a while before gendered differences are not coded in this way. At least, for now, male leads who are abusive to women seem less and less acceptable, or even existent. With holidays like International Men’s Day and increasing calls for gender equality in the film industry, hopefully a spotlight will be shone on why toxic masculinity in cinema needs to become a thing of the past.