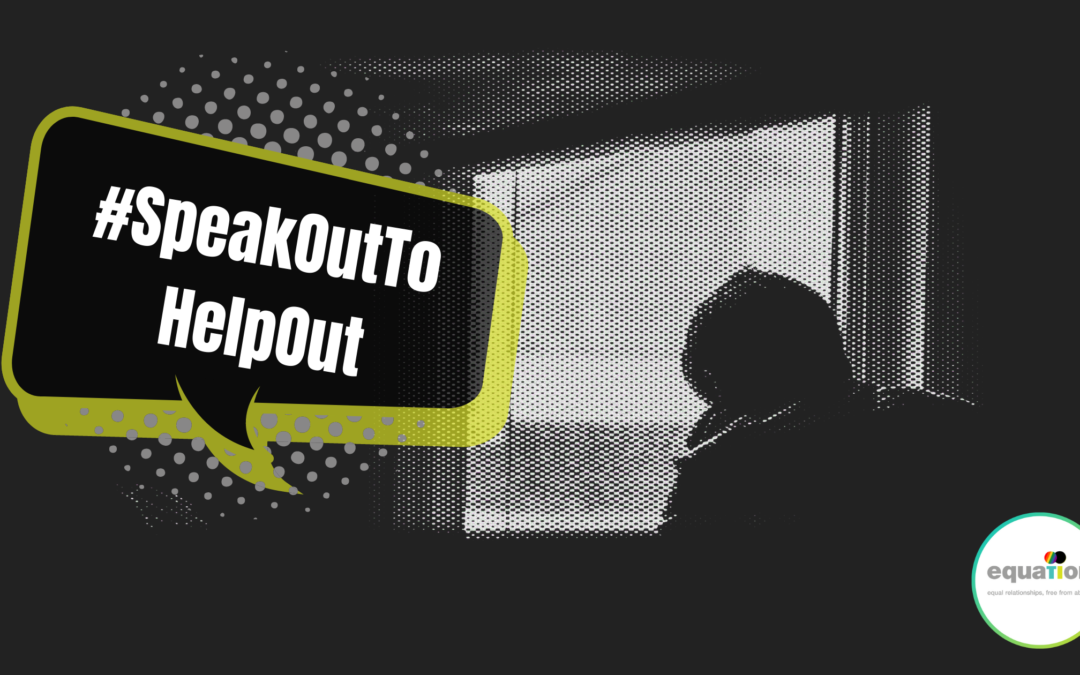 Equation’s Domestic Abuse Service for Men (which serves Nottingham City and County), received 1212 referrals between (Oct18-Oct19). 1035 of those referrals resulted from incidents being reported to the police, with hardly any male survivors at all referring themselves prior to police involvement or intervention from health services. It is estimated that 6K men in Notts will experience abuse each year, so it’s clear that supporting them to speak out to their friends and local support services is vital.

That is exactly what #SpeakOutToHelpOut aims to achieve. The online campaign will encourage men to take to social media to highlight the issue, create safe spaces in their own networks, unpick widespread attitudes such as “real men don’t talk about that stuff – you’ve just got to man up”

Speaking out doesn’t make any man, any less of man

From speaking to men that they’ve supported via their services, Equation has learned that many of them faced barriers to accessing support or ending the abuse. Some of the examples they gave included not knowing support was available, feelings of guilt, fear, shame or not being believed, thinking the abuse is part of what is considered ‘normal’ in a relationship, hoping that things will get better, and worrying about loosing access to their children.

Many of the barriers these male survivors have spoken about are rooted societal attitudes of gender equality, toxic masculinity, stigma and shame of speaking out. When it comes to speaking out, it’s not just men experiencing domestic abuse that are impacted. Every week in the UK, 125 people take their own lives and 75% of all UK suicides are completed by men. The impacts of Coronavirus have exacerbated these already concerning figures with sharp rises in instances and severity across both issues. While barriers stem from the abuse or health issues themselves and may be hard for us to change as a society, removing the stigma of speaking out is one we can break down together as a community by  encouraging men to speak out and reassuring them it’s safe to do so without fear of judgement.

“We hope that this international men’s day on November 19th, Men of Notts will take to their social media to raise awareness by sharing social content which states that they believe it is ok to talk, that they will listen without judgement, that speaking out about abuse, mental health or any other concerns don’t make any man any less of man. It’ll also spread key information about how to start and hold these conversations that so many see as awkward and challenging.”

For more information on the campaign, follow Equation on:

If you are a woman experiencing domesic abuse, call the local domestic abuse helpline, run by Juno Women’s Aid.

Free from landlines & most mobiles.

For help in a crisis.